What makes online rummy so popular 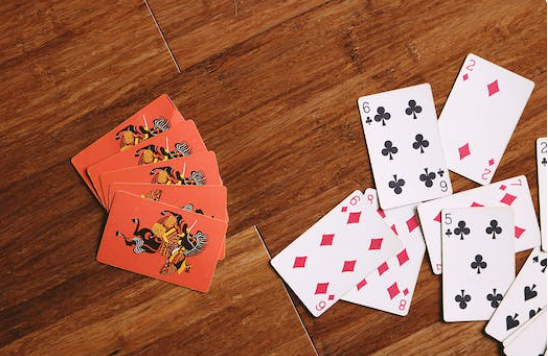 If you’re a fan of rummy, you might be interested in finding the best online rummy sites in India. However, you might be wondering, what makes this game so popular?

There are many reasons why online rummy is so popular. The game is easy to learn, but difficult to master, which makes it perfect for players of all skill levels.
In addition, the game is fast-paced and exciting, and offers a social element that other games lack.

Rummy is a card game in which players try to assemble their cards into sets and sequences.

The basic goal in any form of rummy is to build melds which consists of sets, three or four of a kind of the same rank; or runs, three or more cards in sequence, of the same suit.
If a player cannot make a valid move, they must draw a card from either the stock pile or the discard pile.

There are many variations of rummy played in India, each with its own set of rules. The most popular variations include gin rummy, 500 rummy, and canasta.

What is Gin rummy?

Gin rummy is a two-player card game in which each player tries to form sets and runs of cards.

The game is played with a standard 52-card deck, and each player is dealt 10 cards. The remaining cards are placed face down in the middle of the players, and the top card is turned over to begin the turn.
Players take turns drawing one card from either the face-down pile or the top of their opponent’s discard pile, and discarding one card.
If the drawn card completes a set or run, the player can lay down those cards. The first player to lay down all of their cards wins the game.

500 rummy is a variation of gin rummy played with three or more players.
The game is played with a standard 52-card deck, and each player is dealt 13 cards. The aim of the game is to be the first player to reach 500 points by forming sets and runs of cards.
Points are scored for each card laid down, with different values for each type of card.

What is Canasta rummy?

Canasta is a variation of rummy played with four players in teams of two.

The game is played with two standard 52-card decks, plus four jokers, for a total of 108 cards. Each player is dealt 11 cards, and the remaining cards are placed face down in the middle of the players.
The aim of the game is to score points by melding sets and runs of cards, as well as by taking particular combinations of cards known as canastas.

Canastas are worth more points than other melds, and so they are often used as a way to end the game when one team has reached the agreed-upon score limit.

Whether you’re a beginner or a seasoned player, online rummy is a great way to enjoy your free time.