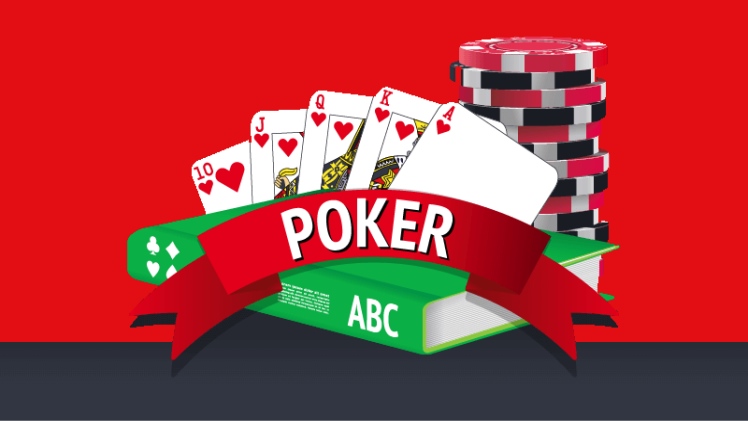 Poker is one of the greatest casino games in existence – both online and offline. It is essentially a game of skill, luck, and strategy that continues to dominate the gambling industry in countries all over the world.

To become a good poker player, you must learn and comprehend the basic rules. However, you also need to speak the language of the game if you want to find any sort of success.

So, if you’re looking to understand more about one of the most classic casino games out there, you’ve come to the right place! This article will explain some of the most common poker terms.

This is the term used to describe when a player places all of their chips into the pot. After the player declares they are “all-in” they can no longer participate in bets above the amount they have declared. As a result, they are only eligible for the main pot.

This is a small and mandatory bet that all players must post before the start of a poker game. It ensures a minimum pot to start the action before the first card is dealt.

A type of poker hand that is made back door requires both the river card and the turn card to successfully make the hand. It’s often referred to as a runner/runner.

Your bankroll is the total amount of money you’ve decided on when playing at the poker table. You must stay within your set limits to ensure you remain in control of your money.

In poker, this term means to wager chips by putting them in the center of the table. It refers to making the first wager on the current round of betting.

A generic term that describes forced bets that must be made by the player to the immediate left, or a position further left, of the dealer. These are also known as the small blind and the big blind, respectively.

Bluffing is the art of making your poker opponent put down a much better hand than the one you are holding. In essence, it’s the exact opposite of making a value bet.

Matching the total amount of a previous bet to make sure that you remain in the current poker hand.

If a player calls too often, they’re referred to as a “calling station.” It’s used in a derogatory way toward players if they’re a major cause of frustration for those at the table.

A phrase that simply means your opponent actively suspects that you are bluffing and then goes on to correctly make the call.

If no one has made a bet on the current round, a check means the action is passed to the player on the left without needing to make a wager. You also have the option to call or raise a bit later on.

This individual deals cards to all players at the table for the sole purpose of a poker game. It will likely be a casino employee or a player.

Simply, this refers to any poker cards that are dealt to the player face down. They exclusively belong to the player and aren’t typically visible to anyone else sitting at the table.

Discarding a single poker hand either before or after investing some of your money in the current pot. The player cannot win if they fold.

It refers to the second betting round in community cards like Hold’em. Yet there is another definition. If a player flops, they have created a hand consisting of the first three cards that have been dealt and are face-up.

These are an extension of pot odds that allow you to judge whether a drawing hand is worth calling in. Implied odds show you exactly how much money you may win once you have made up your draw.

Players at a poker table can bet any amount of money at a given time — even if this means betting a larger amount than is in the current pot.

This occurs when a player has a hand that includes a 10, a Jack, a Queen, a King, and an Ace all in the same suit.

A five-card hand that consists of all 5 cards in the same suit in consecutive rank order.

An illegal move that occurs when a player first bets, calls, or raises a particular amount and then adds to it. This move is not allowed as players are betting in multiple motions.

A word that describes when a player takes a series of bad bets.

This is the player in the first position that is situated to the direct left of the button. They must act first under pressure, hence the name.

That concludes this article that explains the most important poker terms! We hope you now feel ready to truly tackle a game of poker the next time you’re in an online or land-based casino.