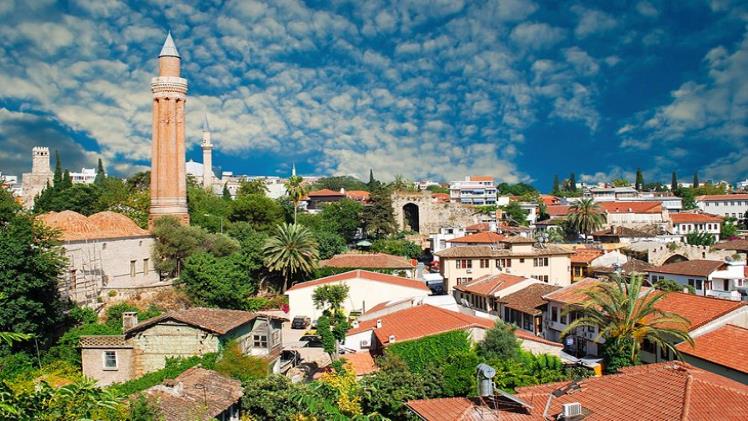 Antalya is home to many historical places. Those who want to explore the historical places in Antalya will be surprised to see a wide variety of ancient ruins and ancient landmarks. Located in the Mediterranean region of Turkey, Antalya is located in a wide area from Gazipasa in the east to Kaş and Kalkan in the west. All this region has sights that attract curious visitors from near and far.

Quality always comes before quantity. Together with Antalya, the ancient structure and the diversity of cities revive the prominent moments of its history over time. From the formation of the first settlement by the Attalian dynasty, followed by the Romans, the Seljuk empire, and the Ottomans, everyone who visits goes on a time travel, exploring various ruined cities and buildings.

Most ancient sites are located in open areas. April May June October and November are the best time to visit, as well as the warmer months. You can sign up for a daytime tour at a local travel agency or rent a car to get there. But in order to travel them all at leisure, a four- or five-day trip is usually taken.

Covering the coastline of Antalya stretching to Fethiye, the route covers many ruined cities, while at the same time offering the most beautiful landscapes.

Antalya was turned into a settlement place by Attalos II, the King of Pergamon, in 150 BC. However, most of the ancient places left in the city are ruins from the Roman period. The most popular and well-known ancient landmark of the city is the Hadrian’s Gate, built by the Roman empire in the second century.

These imposing triple arches are known as the entrance to the old city of Antalya, Kaleiçi. Although the architectural weight of the houses in Kaleiçi belongs to the Ottoman period, the walls surrounding the old city have survived from the Roman period.

In addition, there are the ruins of Korkut Mosque, which is a very old building in the center of Kaleiçi. This ancient structure was first built as a Roman temple in the 2nd century but was later converted into a Byzantine church, a Seljuk mosque, a church during the crusades, and finally an Ottoman mosque. Along the fortification, the ruins of the ancient fortification overlooking the Hıdırlık Tower and the port of Kaleiçi stand out.

This castle, located on the coast of the Alanya district, welcomed all kinds of citizens from the Seljuk period to the Ottomans in every period. Standing on the beautiful sands and translucent waters, visitors, and locals like to swim in its waters and take shelter from the sun under the shadows of the walls. But the real history can be seen within its walls, as it has been turned into a Turkish historical museum.

You can walk through the castle walls to get a great view of the beach and the harbor, or wander through the streets to see the old structures for free. But the entrance to the museum, which is an inner fortress, is paid for. You can also visit the museum by paying an affordable fee. After experiencing the museum, you need to go out into the streets to buy souvenirs and food, there are restaurants and a lot of traditional handicraft shops within the fortress walls.

The ancient city of Olympos, which is right next to the beach where loggerhead turtles live, was one of the most important settlements of the Lycian civilization. At that time, it also played an important role in maritime trade.

Throughout history, Olympos was subjected to large-scale attacks by pirates until the Ottoman Empire put an end to it. Nevertheless, if you have an active imagination, you can imagine that pirates are wreaking havoc on the deserted streets lining this important port city.

If you visit Olympos, you can enjoy many sporting activities in the surroundings, such as canoeing, rock climbing, and even paragliding. It is a place that everyone who loves historical places and the open air should definitely visit.

Aspendos, the old settlement of Pamphylia, is famous for its stunning Roman theater, located about 45 km from Antalya city center. The Roman theater, built during the reign of emperor Marcus Aurelius, known as the golden age of Aspendos, was used as a caravanserai during the Seljuk period. Today, this ancient theater hosts many events such as opera, concerts, the Antalya film festival, Aspendos Opera, and the Ballet Film festival. Visitors are given a surreal moment by the sounds of acoustics, and ancient ruins of the Roman era. In addition to the Roman Theater, there are also various historical buildings and ruins here that people should visit.

To the right of the theater entrance, you will see the marble street on the right, which continues from the East Aspendus Gate. Go through this street. From time to time, the drainage channels of Aspendos are seen along with the marble street passing through an arch. The Nymphaeum is the largest building in Aspendos and the Bouleuterion with the ruins of the bazaar hall. If you like historical places, Aspendos is definitely one of the places to be seen.

The ancient city of Perge, located in the middle of the two rivers Catarrh and Cestrus, is a magnificent city known for its architecture, which is living proof of the Hellenistic Period. It is said that the city is ancient until the Bronze Age and was occupied by Alexander the Great.

The story about St. Paul making his first sermon in Perge in 46 A.D. is true. Perge is just one of the many places to visit in Turkey to discover its rich history. After Saint Paul gave his first sermon, the city became known for spreading Christians and Christianity during the Byzantine period. The fine marble reliefs of the Greco-Roman Theater and the Perge Stadium, which could once seat thousands of people, were excavated in 1946. The Hellenistic-Roman gate towers, surrounded by historical ruined towers, are one of the most photographed and visited places due to their appearance and historical significance. You will feel great while exploring the history and beauty of Perge.

Antalya is a city that is intertwined with history and nature. Locals and foreign tourists who visit here adore Antalya in every way. Living here gives a person peace of mind. If you want to look at the apartments in Antalya to live here too, as Tolerance Homes, we would like to help you with our real estate experience spanning more than 20 years. In addition, foreign tourists who want to live in Antalya can qualify for Turkish citizenship by buying a house here. You can get detailed information about this issue by contacting our expert consultants at Tolerance Homes.

Preparing to Travel: 4 Tips to Ensuring the Perfect Trip

Various Types of Property in Dubai for Investments – FAM Properties

Making Savings a Priority on Your Next Trip