How Wildfires Can Affect Your Health 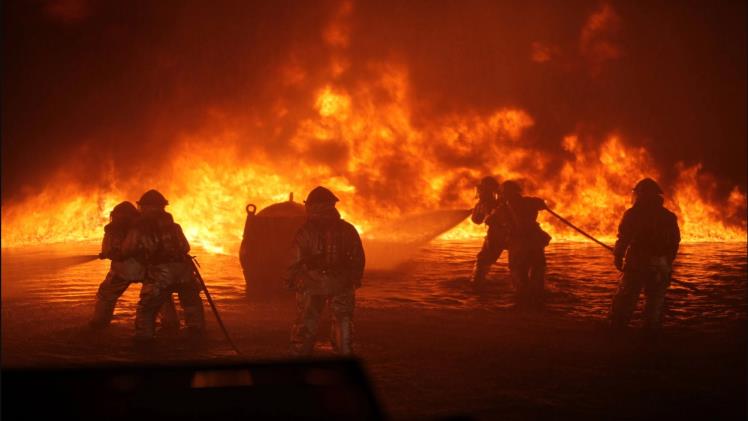 The instances of wildfires are increasing every decade, and they can be dangerous. According to data collected and analyzed by the National Interagency Fire Center, an average of 70,000 wildfires occur every year.

Fires can cause severe burns, loss of life and property, and air pollution. However, fires also affect human health in often overlooked or misunderstood ways. This post will outline some common myths about fires and explain what they do to our bodies when we breathe them in during smoke inhalation.

Exposure to Smoke From Wildfires

Wildfires can produce a variety of harmful gases and particulates that can be inhaled. These include carbon monoxide, dust particles, sulfur dioxide, nitrogen oxides, and some heavy metals.

Smoke from wildfires is strongly linked to the risk of lung cancer. This is especially true if you live in an area with high air pollution from industry or traffic pollution. A recent study was conducted to monitor the risk of lung cancer in a population exposed to wildfires in Canada for a long time. The study was conducted on 2 million people over 20 years, totaling around 34 million human years.

The study concluded that people with long-term exposure to wildfire smoke were at a much higher risk of lung cancer and brain tumors. To be precise, the exposed population had a 4.9% higher risk for lung cancers and a 10% increased risk of developing brain tumors.

If you do not receive immediate treatment for severe shortness of breath following exposure to smoke from fires, it could result in death within minutes due to a lack of oxygen reaching vital organs such as the brain and heart.

Surface water is water that flows on the earth’s surface. Wildlife fires can contaminate surface water, which releases gases, ash, and dust into the air. When these pollutants return to the world in rain or snow, they pollute lakes and streams with toxic chemicals.

Moreover, rain or other streams of water can also carry wildfire contaminants into the surface water bodies and then to every household through water distribution systems. Also, runoff from areas burned due to wildfires can produce higher sediment levels, organic carbon, and nitrate, which can be more challenging to treat at water treatment plants. This can contaminate the entire water-distributing network, as documented in a study published on the American Water Works Association website.

The same happened during the Camp Fire in 2018, the deadliest wildfire in the history of California. The wildfire impacted the water quality in the local reservoirs, including the Concow reservoir and Lake Oroville.

You may have heard about the dangers of AFFF, but you might not be sure what it is or how it can affect your health. AFFF stands for Aqueous Film-Forming Foam, which has been used for decades to extinguish fires. Although this chemical was initially considered safe, there are now concerns that it could be carcinogenic and cause other health problems, such as cancer.

The International Agency for Research on Cancer (IARC) conducted a study to find the link between AFFF and cancer. They found that exposure to AFFF can increase the risk of kidney and testicular cancer. Similarly, many other studies link AFFF exposure to several cancers.

Since the studies were out, many firefighters and others exposed to AFFF have filed a class lawsuit against companies manufacturing fire extinguishers with AFFF. If you or a loved one is exposed, you can file an AFFF lawsuit and claim compensation for your suffering. You can find a lawyer with expertise in such cases to help you file the AFFF lawsuit and win the case.

Emotional Effects of the Stress of Dealing With a Fire

The stress of dealing with fire can cause emotional and behavioral symptoms similar to those experienced by people suffering from anxiety disorders or depression. For example, anxiety often manifests as chronic worry about things like money, work, health, and relationships.

Depression is characterized by persistent sadness, loss of interest in activities once enjoyed, and feelings of hopelessness. People suffering from depression may also have difficulty concentrating or making decisions.

A group of individuals exposed to the same stressful event may experience different reactions because they all have different personalities or life experiences that influence how they interpret events around them.

Mental health issues such as anxiety and depression can cause harmful behavior patterns such as alcohol abuse and smoking cigarettes. These behaviors can compound the adverse effects on your physical health caused by heat exposure during a fire scene.

Wildfires can also lead to post-traumatic stress disorder (PTSD). People who have got burned, lost someone, or developed certain diseases due to wildfire events can get PTSD. PTSD is a common problem in the USA, affecting around 12 million or 6% of adults. PTSD is more common in women than men, affecting 8 in 100 women compared to 4 in 100 men.

How to Protect Your Health During a Fire

To protect your health during a fire, follow these tips:

When it comes to fire, prevention is key. If you live in an area prone to brush fires or if you own property where wildfires are common, it’s essential to take steps to reduce the likelihood of these deadly blazes happening on your property. Ensure that all flammable materials like dry grasses or discarded furniture are cleared away so they don’t create a potential fire hazard. Also, be aware of potential dangers inside your home, such as overloaded extension cords, which could cause electrical fires when exposed too long in high temperatures.

What are the Most Important Factors to Consider When Hiring an Employment Lawyer in Austin?

5 Most Common Types of Auto Accidents in Montrose