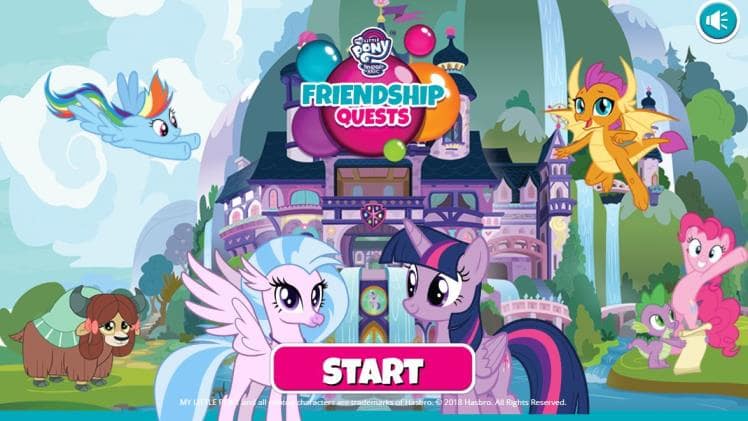 If you and your little daughter love spending quality time together, in front of the PC, laptop, tablet, or smartphone, you’ve most certainly tried playing My Little Pony games. We’re talking about one of the most famous series for children, with some of the most beloved fictional characters ever. However, there are chances that you haven’t yet come across the most popular such game ever! This is precisely why, with a little help from our friends at Games-Kids.com, we’ve decided to present it to you & make it easier for you and your children to try it.

The above-mentioned website, which hosts over 600 My Little Pony games, told us that the most appreciated of them, both literally and figuratively, is called Friendship Quests. It has a rating of 100%, from 5.027 votes, and it has been played 32.249 times since May 2020 (an average of 36 times per day). The perfect rating is impressive since we’re not talking about a dozen votes, but several thousand! This means that anyone who ever played Friendship Quests became addicted, in a good way, of course, and spent countless hours passing from one level to another, with increasing difficulty.

But what is so special about this title, compared to other My Little Pony games? Well, first of all, this one starts with an amazing dialogue between three of the main characters:

– Wow! The Friendship Festival was awesome!

– Thank you for saving Equestria, Twilight Sparkle! You have made us proud!

– It was our pleasure, Princess Celestia!

– I think we should build a School to teach every pony the true power of Friendship!

– YAYYY! Awesome! Divine! We’ve got this!

Then, everyone who chose this option from the multitude of My Little Pony games is presented with the level map, from the easiest ones on the left to the hardest ones on the right. However, in order to pass from one level to another, you have to win the previous one. Since we don’t want to spoil your surprise, we will only present you with the first one. If you’ve ever played ZUMA or Candy Crush then you should pass the level very easily since the rules are the same. However, make sure you pay attention to the explanations because the symbols on the marbles will help you identify the bonuses that will make your mission even easier! 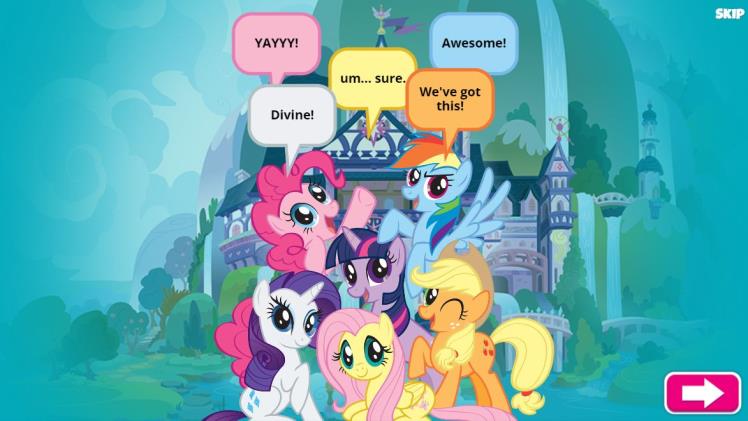 From our point of view, what makes Friendship Quests one of the best My Little Pony games is the fact that the levels are very different from each other, which means you will never be bored! Whether you let your daughter play this game alone, together with you, or with her best friends (neighbors, siblings, colleagues, etc.), you can be sure that she’ll have a great time & will spend countless hours playing a fun, harmless, and optimistic game, learning about the importance of friendship and collaboration to overcome obstacles, literally and figuratively.