Fort Worth, Texas – Worth a Visit 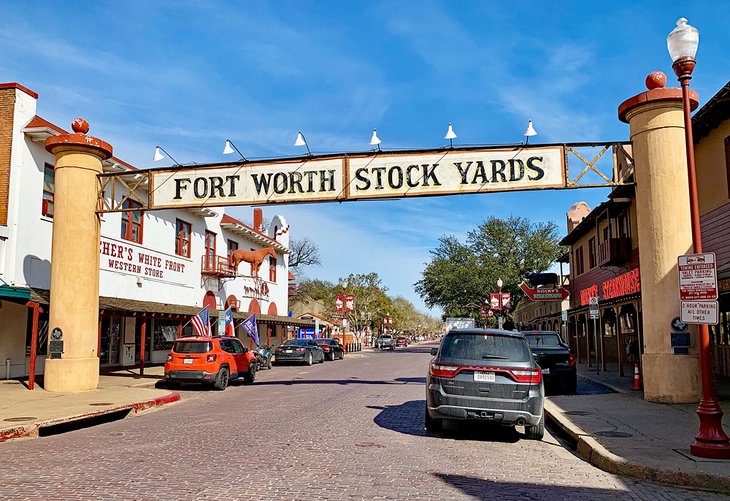 In my travels all over the American South, I discovered that Fort Worth is a sophisticated city with eccentric cocktail bars, museums, and diverse food culture, ranging from riverside outdoor eateries serving BBQ, large, juicy steaks, and velvet red wines to the bizarre idea of chicken fried steak (which has nothing to do with chicken!).

Go to a rodeo

Okay, I genuinely dislike the idea of rodeos and wouldn’t want to attend one, but it would be wrong if I didn’t let you know about it.

The Stockyards Coliseum hosts a rodeo every Friday and Saturday night all year long (because it’s hot outside!). It lasts for two hours and features cowboys, bulls, and charging horses. You are in charge!

Wow, what a find! Rahr Brewery offers a tour and “taste” of its beer every Wednesday and Saturday evening.

Considering that you pay $10 for your personalized glass and receive a wristband good for three full pints of your choice as a taste, I’ve put the word “tasting” in quotation marks.

On some days, the Rahr “taste” tour welcomes 2000 visitors. It’s a hugely popular event that’s also a great way to get to know the locals, and there was a line wrapped around the block when we arrived. Although there are food trucks parked out the back if you want to purchase dinner, we sat at the long tables with our preferred pint next to a couple of guys who had brought their own pretzel snacks and offered them around.

Accommodations in Fort Worth

We stayed at the Fairfield Inn & Suites by Marriott Fort Worth on University Drive. It was a very comfortable and reasonably priced hotel in a great downtown location, close to the Dickies Arena and a few good restaurants. The stay itself was pleasant, with the rooms being blissfully clean and spacious.

The staff and amenities were also lovely, we especially enjoyed the pool and hearty breakfasts. Just be sure to book the hotel a few weeks ahead to get the best prices because events held at Dickies Arena can bump up the rates significantly. Learn more about hotels in the area here.

Restaurants and bars in Fort Worth

Water misters keep the diners cool outside at the Woodshed Smokehouse, which is situated on the banks of the Trinity River. This is a tribute to everything grilled, roasted, and slow-cooked by famous chef Tim Love.

All of the food served at the restaurant is smoked over one of four types of wood: mesquite, pecan, hickory, or oak. The restaurant offers an animal and sausage of the day.

In the center of “Hell’s Half Acre,” where gamblers, outlaw gangs, and thrill-seekers sought amusement and excitement — until things got out of hand!—is Whiskey & Rye, a bar connected to the Omni Hotel. More than 100 whiskeys, local craft beers, live performances, pool tables, and traditional pub cuisine with a southern twist are available. Fort Worth’s newest speakeasy, Thompson Book Store in Downtown, is an unique cocktail bar. It serves house-made sodas, sipping vinegars, flavored liquors, and traditional cocktails with a modern twist in downtown Fort Worth, a few blocks from the Omni.

On the weekends, open the book shelf and descend the staircase to the basement, which is reminiscent of the building’s previous occupant, a pharmacy. The upstairs is dimly lit and eerie, filled with a collection of mismatched furniture and rows of books. You can access the password on their Facebook page.

The chicken-fried steak is served in a variety of ways at Horseshoe Hill Cafe in Stockyards, a native of Fort Worth, including coated in cream gravy, topped with chile con carne, saddled with an ancho enchilada or chile rellano, and coupled with chili gravy and a fried egg.

Come here to get your chicken fried steak!

Sundance Square’s Bird Cafe has white tablecloths inside and outdoor seating with umbrellas outside. It serves up hearty little portions that, according to our tour guide, would be considered home cooking if your parents were cooks.

The downtown Acre Distilling Co. operates as a cafe during the day, providing coffee to the nearby university students as the spirits are distilled outside the windows in the gleaming steel tanks.

Come sample their distinctive vodka, gin, and whiskey while learning some fascinating details about how all white spirits originate from the same source.

Museums in Fort Worth

The famous building of the Modern Art Museum, which was made by the modernist Japanese architect Tadao Ando, is one of its most beautiful pieces. The Modern moved into the structure in 2002. Francis Bacon, Anselm Kiefer, Pablo Picasso, Jackson Pollock, Mark Rothko, Cindy Sherman, and Andy Warhol are among the artists whose work is featured in the permanent collection, which focuses on European art produced since 1920 and American art produced since 1945. Visit Café Modern for lunch if possible, because the seasonal dishes there are unique works of art in and of themselves.

The Torment of Saint Anthony, Michelangelo’s first work, is permanently shown in the Kimbell Art Museum, which has the reputation of being “America’s best little museum.”

The famous American architect Louis Kahn built the museum, which has a great collection of art by artists like El Greco, Cezanne, Rembrandt, Picasso, and Matisse.

The $125 million Renzo Piano Pavilion, which will showcase traveling exhibits, debuted in November 2013. The Piano Pavilion is located about 65 yards west of Kahn’s vaulted, luminous museum landmark from 1972. It is an expression of simplicity and lightness.

The only museum in the world devoted to commemorating and recording the lives of women who have distinguished themselves while exemplifying the pioneer spirit of the American West is the National Cowgirl Museum and Hall of Fame, which is on this Fort Worth bucket list.

The Museum honors persons who have contributed to the progress of Western heritage via the arts, sciences, politics, business, and education, from tenacious cowgirls to significant women like Sandra Day O’Connor

The Stockyards, one of the top things to do in Fort Worth, are without a doubt its hero. This is where the tourists start their journey because it was constructed on former stock yards with shops now occupying stables arranged along brick floors.

And if this is your first time traveling, you must come here. Tourist attractions are fine in my opinion, but once you’ve been there and done that, head over to where the locals hang out. One of those places is this.

Cowboys herd the recognizable longhorn cattle from one end of the road to the other twice a day at 11.30 am and 4 pm.

Arrive in time to witness the solemn procession of cattle ambling slowly up the road to spend the day in the yards, some of which have horns as wide as two meters. This is what “cowtown” was famous for; it was the emblem of a bygone age.

According to a real cowboy out at Wildcatter Ranch, long horns are now raised more as pets than as food. You can find bars, restaurants, souvenir shops, and the occasional boutique shop in Fort Worth. The Cowboy Hall of Fame and a collection of wagons from the era are also present. Hard wooden wheels were used by pilgrims traveling across the United States in the sweltering summer heat.

The largest honky tonk bar in the world is located in the Stockyards, right off the main drag, and has hosted legends like Willie Nelson. And it’s very big!

Even though it’s indoors, I’d estimate it to be at least two rugby fields worth of area for dining, dancing, enjoying live music, playing pool, and testing your mettle on the mechanical bull. Texas’s Billy Bob’s pool It was constructed in 1910 as a cattle yard for stock, but due to its size, it was converted into an airplane factory during World War II and a department store in the 1950s. Staff members walked about on roller skates.

On a Tuesday afternoon when we were there, there was nothing going on, so we paid $2 to enter and take a look around. However, you should go later in the week when the cowtown atmosphere is shaking the area and live music will be performed by upcoming and veteran country singers.

On a Thursday night, they provide free line dancing instruction for a truly cowgirl experience, but Friday and Saturday are when you want to get your tickets and attend the hoe-down.

20 Ways For Foreigners To Work In Regional Australia

Discover Importance of Spanish in Vancouver

Why An Inflatable Kayak In Australia Is A Perfect Escape Tool