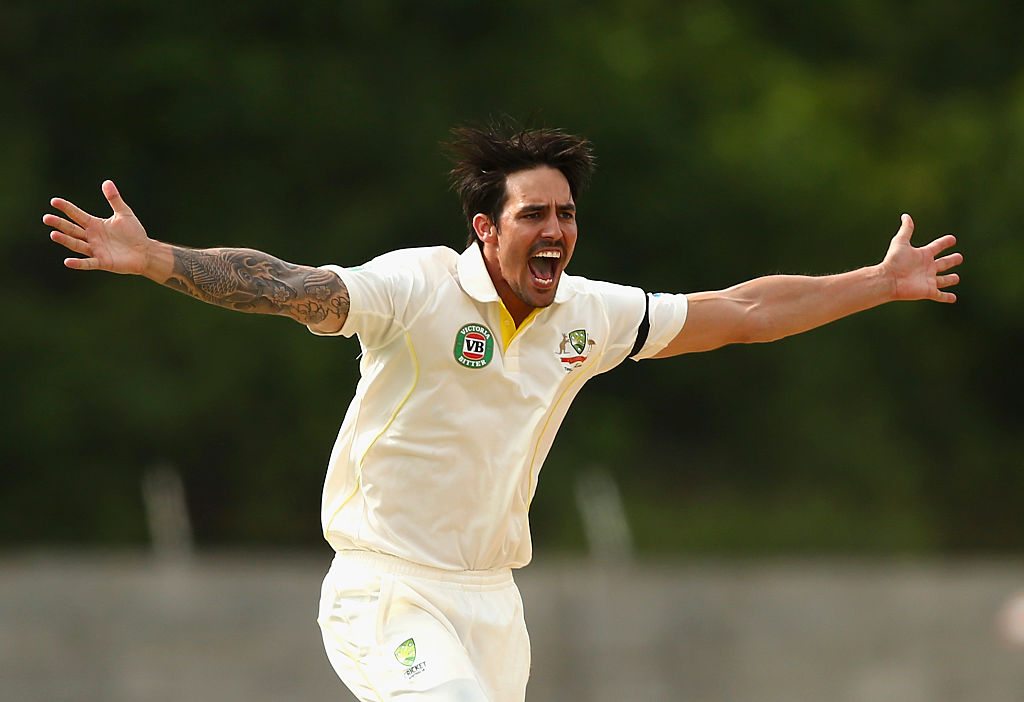 No other format of cricket can display a better contest between the batters and bowlers other than Test cricket. Test cricket is also tough on players, but especially on the bowlers. Fast bowlers especially have to bowl long spells and multiple overs, which puts a massive strain on their bodies. Running on and on again in the heat and still bowling accurate lines and lengths requires an immense amount of dedication and skill. They execute the bowling plan no matter how hard but still are not guaranteed a wicket. And in this article, we are going to rank the top 5 fast bowlers in Test cricket who are feared by the batters in any condition as per cricket ranking ICC:

Arguably the best bowler currently in Test cricket, Pat Cummins, ranks on the top of our list. Born on 8 May 1993 in Westmead, New South Wales, Australia, Cummins played the first match of his Test career against South Africa on 17 November 2011. Even after suffering significant setbacks due to his prolonged injuries, he was still able to play 43 Test matches and took 199 wickets at an average and strike rate of 21.7 and 47.2, respectively. His deadly accuracy with his deliveries and the pace that he bowls at makes him a nightmare to face for the batters. He exploits the weakness of the batter and generates extra bounce with his phenomenal height. Currently, he is the captain of Australia’s Test side and holds the first spot in the ICC Men’s Test Bowling Rankings. The 29-year-old is a right-arm fast bowler and has achieved 13 four-wicket hauls and seven five-wicket hauls. He bowls with an economy of 2.74 in Tests and is also the vice-captain of the Australian side in limited overs cricket.

Capturing the second spot on our list is the English fast bowler James Anderson. Born on 30 July 1982 in Burnley, United Kingdom, Anderson made his Test debut against Zimbabwe on 22 May 2003. He has played a total of 174 matches in his Test career and has taken 664 wickets, the third highest in a Test career. Even at the age of 40, Anderson still poses a threat to the batters and is still continuing his prime form. His ability to swing the ball both ways is immensely beneficial for the English team, especially in overcast weather conditions and green pitches. The right-arm fast-medium bowler has taken 30 four-wicket hauls and 32 five-wicket hauls throughout his career and has a bowling average and economy of 26.3 and 2.8, respectively. He holds the record for taking the most number of wickets by a fast bowler in Test matches.

The Indian pacer, Jasprit Bumrah, ranks third on our list. His unusual bowling action makes him unplayable for other batters. He has a high bowl release point and gets into a position which lets him bowl at the batter at a carved angle. Born on 6 December 1993 in Ahmedabad, Gujarat, India, Bumrah is a right-arm fast bowler. The 28-year-old made his Test debut against the mighty South Africans on 6 January 2018. Since then, he has played 30 matches and taken over 128 wickets, including 2 four-wicket hauls and 8 five-wicket hauls, in his 4-year-long Test career. Bumrah has a bowling economy and average of 2.69 and 21.99, respectively. Also, the Indian pacer holds the record for being the first Asian bowler to have a five-wicket haul in Australia, South Africa and England in a single calendar year. He has also taken the fourth-most number of wickets in a series, with 45 wickets in the 2021-23 Men’s World Test Championship.

The young Pakistani speedster, Shaheen Afridi, is the fourth-best fast bowler in Test cricket currently, according to us. Born on 6 April 2000 in Landi Kotal, Pakistan, Shaheen is a left-arm fast bowler. He made his Test debut at the tender age of 18 and, since then, has improved his bowling significantly. The Pakistani pacer has taken 99 wickets in 25 Test matches, including 11 four-wicket hauls and 4 five-wicket hauls. Shaheen has a bowling average and economy of 24.86 and 3.04, respectively. He has taken the 7th most number of wickets in a series, having taken 41 wickets in ICC World Test Championship 2021-23. The angle that he generates from his left-hand makes it harder for batters to read the ball’s path.

Capturing the last spot on our list is the South African right-arm fast bowler, Kagiso Rabada. Born on 25 May 1995 in Johannesburg, South Africa, Rabada played his first Test match on the international stage against India on 5 November 2015. He has played a total of 53 Test matches and has taken 250 wickets, including 11 four-wicket hauls and 15 five-wicket hauls. The 27-year-old has a bowling average and economy of 22.36 and 3.31, respectively. The South African pacer has the fifth-best bowling strike rate in a Test career, having a strike rate of 40.5, and is able to bowl at a speed of 140-150 kph consistently. His ability to swing the bowl at high speeds makes him a threat to the batters, especially on a green pitch.

These players are currently the best pacers in Test cricket. They have proved their lethality in all conditions and pitches all around the world enough times to feature in this list. These players make Teat cricket exciting. The quick deliveries make the viewers jump out of their seats in thrill and astonishment. Test cricket, though it might seem lengthy and mundane, comes alive during the last couple of days of the match. With the pitch deteriorating and the players getting tired, we see the highest level of competitiveness during this period. And even if fast bowlers can’t have long careers because their legs give up due to the stress they go through on a daily basis, players like James Anderson are breaking the norm. As cricketers keep on getting fitter, hopefully, their careers will keep getting longer as well.

Know all about cricket news and updates at CBTF news.

Get the fastest cricket news update at https://cbtfspeednews.com/.

Know all about cricket betting and updates at CBTF betting.

Get the updated expert betting tips at https://cricketbettingtipsfree.com/

Checkout our videos to get the latest updates about cricket and betting tips, and casino

tips to win big with expert opinions at https://www.cbtfmytube.com/.