6 Sensational Movies to Watch on HBO Max in 2022 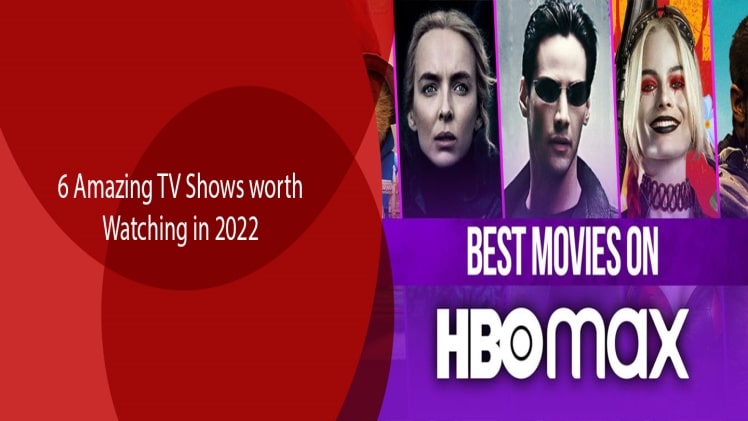 Movies have the strange power of pulling people away from the troubles of life and taking them on to elaborate fictional journeys. No matter how tired you may be feeling, a good movie has the power to lift your spirits instantly.

And luckily, there are several reliable ways to watch the movies you desire. While some might feel comfortable turning to their cable TV providers to watch their favorite content, others prefer watching movies on streaming platforms.

And today, we thought to discuss one of the most promising streaming platforms ever to appear after Netflix – HBO Max. HBO Max has quickly risen to fame with the help of its rich library of exciting content. Just have a look at these amazing movies available in the HBO Max library:

This high school drama focuses on the life of Vada Cavell. Vada has the misfortune of experiencing a high school tragedy, forcing her to make some drastic changes in her life. She, then, moves out of her comfort zone, forming new relationships and adapting new routines, testing her limits to the fullest. The role of Vada is portrayed by Jenna Ortega whereas other prominent cast members include Maddie Ziegler, Niles Fitch, Will Ropp, and a few others.

Set in New York in the 1940s, Nightmare Alley puts the spotlight on Stanton Carlisle. With the help of unique knowledge, Carlisle hatches a scheme to manipulate the wealthy with the mere power of his words.

He soon comes up with a plan to con a famous tycoon with the help of a female psychiatrist, not knowing that the psychiatrist may be a step ahead of him all along. Stanton Carlisle is depicted by Hollywood superstar Bradley Cooper whereas the psychiatrist Dr. Lilith Ritter is portrayed by Cate Blanchett. Other noteworthy actors include Toni Collette, Willem Dafoe, Richard Jenkin, and several others.

The Conjuring: The Devil Made Me Do It

A sequel in The Conjuring franchise, this movie brings The Warrens to a murder investigation that may be something more. When the cops suspect a young man of murder, he claims to be possessed by a demon. With no other option bearing fruit, the Warrens are compelled to explore the possibility of supernatural activity.

Little did they know that this inquiry is about to be the highlight of their lives so far. Actors Patrick Wilson and Vera Farmiga are seen reprising their roles in this sequel with help from other actors like Ruairi O’Connor, Sarah Catherine Hook, John Noble, and some others.

Hutch Mansell is an ordinary family man with a loving wife and two beautiful kids. When two petty thieves break into his home, the seemingly ordinary Hutch begins to reveal his true identity that he has kept hidden for so long.

Thus igniting a spark that leads to a war between this apparent nobody and an infamous Russian crime boss. Bob Odenkirk plays Hutch Mansell in this Action-crime drama while other noteworthy actors include Aleksey Serebryakov, Connie Nielsen, Christopher Lloyd, and several others.

This sci-fi drama focuses on the Garrity family and their time spent together under the threat of a planet-wiping comet. John Garrity has had his troubles with his wife Allison but when the fate of the planet is at stake, their family reunites once again as they struggle for survival in the most treacherous journey of their life. Actors joining this spectacle include Gerard Butler, Morena Baccarin, Roger Dale Floyd, Scott Glenn, and a few others.

The Eyes of Tammy Faye

Lastly, this romantic biography tells the tale of televangelist Tammy Faye Bakker. The story gives viewers a look into her and her husband’s journey from humble beings to the point when they became owners of the largest religious broadcasting network in the country. The roles of Tammy Faye and Jim Bakker are portrayed by Jessica Chastain and Andrew Garfield respectively, while other cast members include Cherry Jones, Vincent D’Onofrio, Mark Wystrach, and some others.

There are quite a few ways of accessing the phenomenal content that HBO Max has to offer. One way is to turn to TV service providers such as Mediacom cable TV that offer HBO Max as an add-on to your existing channel lineup. The other could be to subscribe to DIRECTV packages that come with an HBO Max subscription included, depending on the tier you subscribe to.

These are only a few titles that you can watch on the HBO Max platform. There is a flood of entertainment awaiting you when you subscribe to this network.

How should I plan my outdoor movie event in 2023?

The Continuation of Private Cinemas After COVID-19