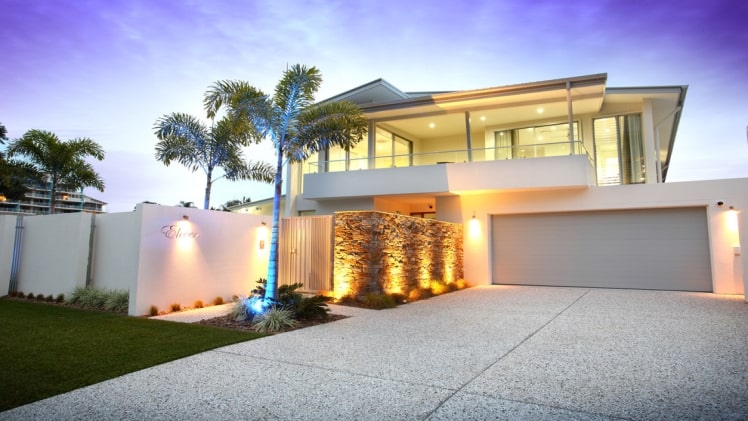 For a very long time, contractors have held very high esteem for concrete due to the material’s extraordinary resistance to damage and exceptional lifespan. On the other hand, homeowners interested in improving their property’s aesthetics are less likely to be lured to typical grey concrete because it always looks the same. So, as a result of the availability of concrete in such a diverse range of imaginative forms, homeowners now have an unprecedented level of freedom in terms of the aesthetic decisions they may make for their homes.

As a kind of aesthetic concrete, exposed aggregate concrete, also often referred to simply as exposed concrete, is becoming an increasingly popular choice. Despite this, a significant number of homeowners are unaware of the benefits of exposed concrete that have led to its rising popularity. So in this article, let’s take a more in-depth look at four of the most compelling benefits exposed concrete provides.

1. There Are a Variety of Aesthetic Choices

There are two main differences between ordinary concrete and exposed aggregate. To begin, the pavement’s top layer of aggregate is visible. Second, homeowners may choose from a wide variety of beautiful pebbles instead of the dull grey gravel in ordinary concrete.

You may create a one-of-a-kind concrete surface by using a wide range of aggregates in terms of colour, shape, and size. Coloured cement can also bond the aggregate together if desired. Besides, it’s not simply stone aggregates that you may pick from; adding polished pieces of glass to the concrete adds another layer of luminosity.

Installation of this concrete follows a similar path to normal concrete. The cement is scraped off the surface using water and nylon-bristle brushes once it has partially dried off. And this causes the aggregate to protrude from the top of the slab.

When wet, the texture of exposed concrete lends itself to better traction than standard concrete. And contractors can improve traction by adjusting aggregate particles’ size, shape, and surface roughness. For example, unpolished stones tend to be more slippery than polished ones.

Spalling is a typical issue with regular concrete. Porous concrete collects water and dissolves de-icing salts throughout the winter, leading to spalling. And the salty mixture swells as temperatures decrease, resulting in significant internal tension.

Even under relatively low pressures, the cement paste can fracture, crumble, or shear away due to the thinness of the concrete’s top layer. Concrete that has been subjected to this spalling has a rough and pitted appearance, and this harms both the aesthetic attractiveness and causes additional wear to the concrete.

So, since the surface layer of cement paste has already been removed during installation, exposed concrete is naturally resistant to spalling. Meanwhile, homeowners should have their exposed aggregate surfaces sealed every two years for a maximum lifetime.

Exposed concrete surfaces not only look and function better, but they also increase the value of your property in the long term. In particular, driveways made of exposed concrete can lure potential purchasers.